I’m not a forgive-and-forgetter. I’m more of a I’ll-let-it-go-this-time-but-it’s-going-in-your-permanent-record type. So you’d think I’d enjoy a good revenge fantasy poem. But, having encountered a couple recently, I find I feel impatient with them. Why? Do I think art should show the best we can be, not the worst? The best AND the worst, maybe. But revenge fantasy, nor even actual revenge, is not the worst of us. It’s the pettiest of us. And for that, perhaps, it has not, at least in these few poems I read, fulfilled for me the act of art. I can do petty any old day. It takes real strength of imagination to conjure the worst of the human impulse. And the best. I ask from poems this kind of imagination. In a revenge tale, there’s always a bad guy and the victim, even if the roles reverse. And the victim’s act of revenge has an aura of holy justice about it, no matter how bad is the act. There is a god-like nature of the revenge act that is not as interesting to me as the exploration of the flawed and contradictory human nature.

This is a bit of a tangent, but I saw the movie I, Tonya recently, and found it fascinating. The filmmakers gave us no heroes, nor anti-heroes. Every character is fucked up. But somehow not entirely unlikeable. At least not 100% of the time. It’s a crazy story of crazy people in a crazy subculture in a crazy world. Just as cartoons sometimes reveal the world more truly than a photograph, so this cartoonish movie somehow showed the tragic nature of humanity. It’s billed as a comedy, but only in that comedy and tragedy are so closely aligned. I found it a deeply sad movie. And satisfyingly so, because of the manifestation of gray areas, the beautiful chiarascuro of the human plight of living with ourselves. 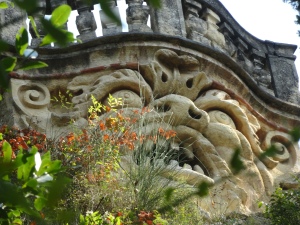