I was reading recently about Stockholm Syndrome — when captives fall in thrall of their captors; that is, when a bond is formed between captive and captor in the psychological intensity of the situation, even as the captor abuses the captive — and I worry about it. When I complain and complain about some situation but seem to be unwilling or unable to take any steps to either change the situation or change my attitude toward it, it occurs to me that I have bonded with whatever it is that is apparently holding me captive — the hell of the fears I know versus what I don’t know and therefore have not yet imagined to fear. (This is a stretching of the strict definition of the syndrome, which was developed in 1973 after the study of a bank robbery and hostage situation.)

At base, I guess, it’s a way to survive, but over the long term, it’s a continuation of an imprisonment even after the door is unlocked and open. I have to remember to stop on a regular basis and ask myself what captors I’m in the thrall of, what dynamic am I wedded to as the hell I know, what is it that I keep complaining about that I can change or change my attitude about. And I always have an answer or two or four. And often over time, it’s the same damn thing.

Yeah, I know you friends to whom I complain think I can’t hear myself…but I can. It takes time to move the giant, lumbering vessel of mind and spirit sometimes. One might hope for epiphany and instant change, but mostly life is about little lessons learned and forgotten, relearned and reforgotten, effortful tugging on the intransigent wheel and infinitesimal shifts of the inner ship of state. 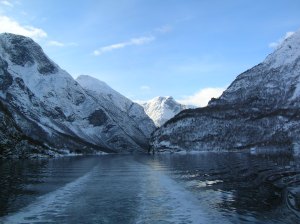 One thought on “Ready About, Hard Alee; or, The Strength to Change What I Can, Etcetera”