I was roped into judging a story slam recently, something I will not readily do again. Here were all these regular folk clamoring up on stage to tell their heartfelt story, and I and my fellow judges were scrutinizing their ability to hold our attention, to use time wisely, to keep focused and on point. In the end we didn’t give the top prize to the person whose story brought us to tears, nor the one whose story brought THEM to tears, nor the one who made us laugh the most heartily, but rather the one who created a nice tight arc of a story. We never checked the timepiece, never felt a lag, felt brought to a pleasing conclusion at just the right point, so she won our judgy minds, if not our human hearts.

It all came down to pacing. She quickly set up the context of the story, whereas others seemed to take a while to figure out exactly where to start and what details to give us. As listeners, we aren’t able to discern what’s going to be important later, so we have to listen to everything, and then later realize all that backstory we were hanging on was irrelevant to the point.

She sketched a few vivid images on which the story hung. This allowed us to be with her and see through her eyes as the story unfolded. We could see it all. Another storyteller threw out almost inadvertently an image that she should have set at the heart of the beginning of her story — a coffee cup suddenly appearing on the floor at her cubicle entrance from someone who had just fallen to the ground and dropped it. This was a chilling half-second that should have been allowed its central moment.

The winner rolled out her story and then gave us the punchline without preamble or warning. It startled us to laughter and delight. Another storyteller threw out his punchline seemingly almost before he was ready, and then gave it to us again, undermining the power of the moment. One storyteller brilliantly used the punchline as the lesson, although that left us a bit breathless.

The winner ended her story a bit abruptly, but that was better than the few who petered out, unsure exactly how to wrap up. A story doesn’t need a moral, but it does need some kind of ending. A few of the slam participants actually excelled at ending their stories. But they had already lost our good grace by taking too long with the set-up.

So, to summarize, here’s what I noticed:

In French, the word denouement means untying. We use denouement as a literary term to mean the opposite — the drawing together of all the aspects of the story. A good story uses the word in both ways — untie the strands so as to sweep and tie them back up again.

Finally, I will say, as a judge I could have been bought. If you’d bought me my Guinness, well, let’s just say things may have turned out differently… 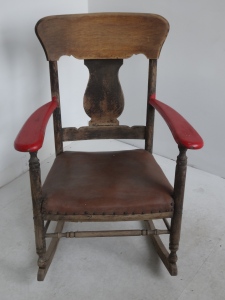